Dr Bustreo graduated from the University of Padua in 1987 with a Degree in Medicine and Surgery (with Honours), followed by a Postgraduate Specialization in Rehabilitation and Sport Medicine. She later gained an M.Sc. in Communicable Disease Epidemiology from the London School of Hygiene and Tropical Medicine. Her additional studies include a flagship course on Health Sector Reform and Sustainable Financing at the World Bank Development Institute in Washington, DC; the Health and Human Rights course at the Harvard School of Public Health in Cambridge, Massachusetts; a postgraduate course on Clinical Management and Control of Tuberculosis at the National Jewish Center in Denver; and a Diploma in Medicine for Development at CUAMM College in Padua.

Since 2010, Dr Bustreo has been Assistant Director-General for Family, Women’s and Children’s Health at WHO. She previously held the positions of Director of the Partnership for Maternal, Newborn & Child Health, and Deputy Director of the Child Survival Partnership at UNICEF. Her responsibilities include the work of WHO on family, women's and children's health; social and economical determinants of health; climate change and health; gender, equity and human rights; and violence against women. She has contributed to developing global health policy not only at WHO, but also as policy adviser to numerous countries, in Norway as an adviser to the Prime Minister, and at the World Bank for more than 6 years. At the World Bank her focus was on achieving increased financing for maternal and child health in countries. She was a member of the High-Level Taskforce on International Innovative Financing for Health Systems and of the United Nations Millennium Project Taskforce on Maternal and Child Mortality Reduction. Dr. Bustreo has worked in more than 30 countries, including on three year assignment as a Medical Officer at the WHO Country Office in Sudan; as a Medical Officer for the Integrated Programme on Communicable Diseases at the European Office in Copenhagen; and as a Medical Officer for the Global Tuberculosis Programme at the headquarters in Geneva. She started her career as clinician at the Padua University Hospital and at the Istituto Gris of Treviso working with children and adolescents with disabilities. Dr Bustreo practised as a medical doctor and epidemiologist and is now an acknowledged leader in the field of public health. She was born in Camposampiero, Padua, Italy, on 17 August 1961

Dr Bustreo has been recognized as the Woman of the Year Award by Rotary International in the Veneto Region in 2015, awarded the Encomio Solenne from the City of Camposampiero in 2015, and awarded the Vhernier Award for international commitment in the protection of women’s and children’s health in 2014. She won awards from the the World Bank for her contributions at to the Global Monitoring Report (2005), the Senegal Community Nutrition Project and for preparation of the Healthy Start in Life Conference (2002), and for her contributions to Capacity Building for Senior WHO and World Bank Staff (2000). For her postgraduate medical studies she was awarded a special three-year scholarship by the Italian Ministry of Universities and Scientific Research.

Dr Bustreo has published almost 100 peer-reviewed articles in international scientific journals. She has a regular blog on the Huffington Post International website and on the publication’s Italian website. Her full list of publications is available here. Her publications range from clinical studies on health and nutrition, reports and analysis of large-scale epidemiological studies, and examinations and prognoses of a wide range of public health issues. Her publications illustrate the breath of her knowledge as well as the wide variety of leading professionals with whom she has collaborated. In addition to her scientific and technical contributions on policy issues, Dr Bustreo is also a regular commentator on public health issues both in mainstream and alternative media. She writes a regular blog for the Huffington Post where she addresses a wide variety of public health issues.

Dr Bustreo has worked in or traveled to more than 75 countries across Europe, Asia, North America, Central America, Latin America, the Middle East and Africa. She has lived in Italy, Switzerland, Denmark, Norway, Sudan, and the United States. She speaks several languages fluently. Her leadership style has been characterized by her listening to both senior political leaders as well as to the people WHO serves to hear their concerns and to understand how WHO can better serve their needs. Her work and travel have been characterized by an extraordinary commitment to assisting countries to achieve the priorities they have set with their people and for their people. During her campaign Dr. Bustreo has adhrered to the WHO Code of Conduct agreed by its Member States, including its paragraph 9 (of part II) which states that "[t]ravel by candidates to Member States to promote their candidature should be limited in order to avoid excessive expenditure that could lead to inequality among Member States and candidates." Dr Bustreo believes that Member States 'resources should be used for the substantive work of WHO. She recognizes that Member States are represented in Geneva and at multilateral meetings and has made an effort not to use public funds for her campaign and to limit her travel to multilateral meetings whenever possible.

Italian is Dr. Bustreo's mother tongue, but she also speaks French, English, Spanish and Portuguese and has studied Russian and Arabic.

The Government of Italy

The Government of Italy nominated Dr. Flavia Bustreo in September 2016. In accepting the nomination Dr. Bustreo thanked the Government of Italy for putting its trust in her and pledged to continue to work for global public health with the highest degree of integrity and commitment. Dr. Bustreo has also requested the government to ensure that resources devoted to her campaign were kept to only necessary expenses and pledged to devote her own resources to campaigning despite being on special leave with half pay.

Dr. Bustreo has met with her President, Minister of Foreign Affairs, and Minister of Health to discuss how Italy can increase its support for the WHO and its Member States. In these meetings, her country's representatives congratulated her and renewed the commitment of the government's for its strong support during the campaign and afterwards for the WHO should she become its next Director-General.

Her campaign is led by Ambassador Maurizio Serra, Italy's Permanent Representative to the United Nations in Geneva on behalf of the government of Italy.

A Vision for WHO for 2017 and Beyond | Huffington Post

OpEd on Global Health with BRICS         Deputy Minister from India

The Building BRICS for a Healthier Future | The BRICS Post

Candidates for Director-General of the World Health Organization Outline Their Plans for Tackling Unaffordable Medicines and the Lack of Innovation in Priority Areas | infojustice.org

An Italian at WHO: Flavia Bustreo, equity and the right to healthcare as pillars of global health | OnuItalia.com

Choosing the new WHO director general | the BMJ

Who will be the next leader of the WHO? | London School of Hygiene and Tropical Medicine 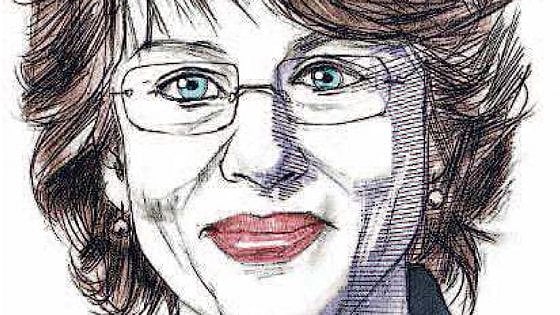 What is the World Health Organization's role in Women's Health? | EmpowHER

WHO's Director-General candidates: visions and priorities-Dr. Flavia Bustreo | The Lancet